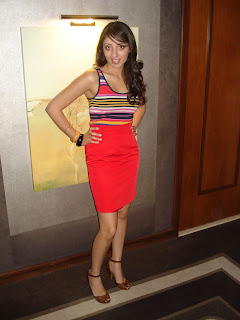 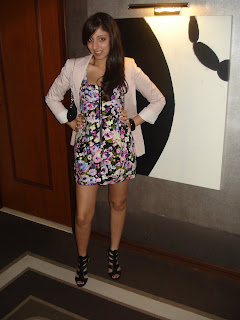 We were thinking about where we should go for our big 1 year anniversary for a while. We did not want to take too much time off and wanted to go somewhere we both hadn’t been. It was almost fate that we ended up going to California for our honeymoon. My cousin (bob) had called me and told me that Air Canada was having a buy one ticket get one free to all California destinations. We used this as a sign and quickly booked flights from July 1 to 6, 2010.

How we saved moola for the important stuff…shopping!
-We booked our flight as mentioned above directly on the Air Canada site, with the Buy 1 get 1 free deal our total for both flights was $650CAD. We then proceeded to book our hotel using priceline and got a deal for $93USD/night at the Hyatt Regency in Century City. Apparently, “presidents” stay at this hotel according to one of our Cab drivers in LA. We also did some major car rental searching online and came upon Hertz as it was located in our hotel and got a FORD MUSTANG for $30USD a day for 4 days. We believe it may have been just chance that we got it for that price, because the next day it said $80USD a day. I have never driven a convertible and was super excited to be rolling in the hills with my beautifully blow dried hair and ray bans. – It didn’t quite look like that unfortunately. After a while of having hair all over my face I was over it. 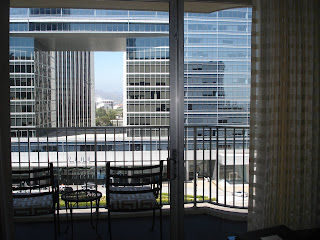 View from our hotel balcony
9to5 girl
- Since our anniversary falls on Canada day long weekend we needed to only take 3 days off. I get summer days so I used all three for this trip! So far I have not used any vacation days woot woot!

LA Thoughts
So… everything in LA is like 20 minutes apart and there is a retail development in EVERY corner. I love shopping but there are too many options! I was super excited to buy a graphic tee from Kitson and walk down rodeo like a pretty woman.
- I am a big foodie and there are so many great restaurants all of which you can book online before you get there on http://www.opentable.com/. Try Katsuya/Geisha house for Sushi, Mr.Chow for Asian, STK for Steak and mac&cheese, and In and Out for some classic burgers. If you’re looking for some casual eateries in the day check the Farmer’s Market, and the Ivy in Santa Monica.
- Must do list: Universal Studios, Hollywood (Kodak Theatre, Chinese theatre, mulholland drive), Bel Air (big homes, playboy mansion), Beverely Hills Shopping Centre, Santa Monica Pier, 3rd street promenade, Malibu Beach, Sprinkles Cupcakes, Pinkberry (frozen yogurt joint), and the Camarillo Outlets.
- Although I had a fabulous time in LA I don’t think it is a place I would go back to unless I had to. It is so spread out and I just did not fall in love with it as easily as I should. The weather in JULY was also very chilly at night, which was quite surprising – 90210 makes it seem like it is sun/sand and fun all the time! 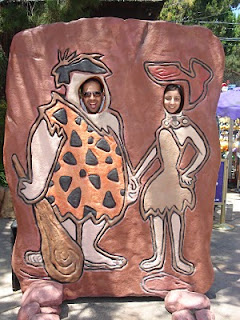 Wilma and Fred at Universal Studios! 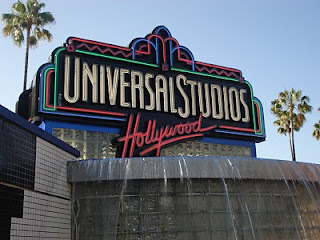 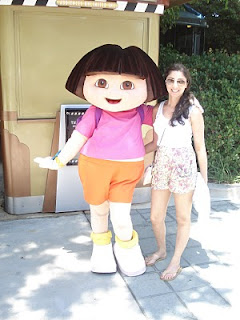 DORA! I got to meet her lol. 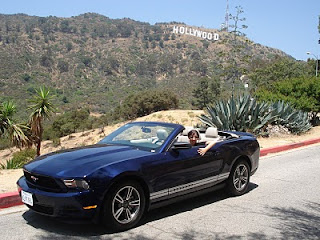 me in my drop top in hollywood! 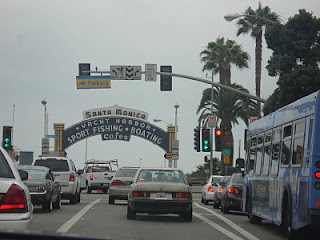 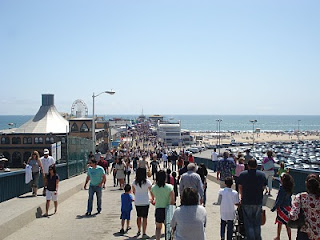 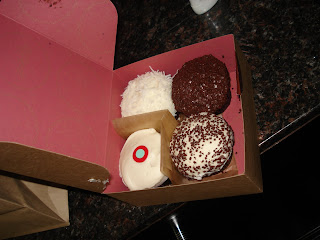 Yummy sprinkles cupcakes!
Posted by 9to5 Travel girl at 1:11 PM